One of the greatest marketing scams of the last few years is the ingenious Wild Atlantic Way. Take a coastline that’s always been there, chuck in the lyrical pipes of John Creedon, a clamped out campervan, umpteen dozen tourist signs, and wahey! the West’s your tourist cashcow.  It’s up there with non-alcoholic beer in the top bricking-it-in-the-boardroom moments. One that (presumably) culminated in the most extravagant piss-up of German men riding bare-backed on each other round the office. Forced to do three-point turns along congested photocopiers, they triumphantly, if ungallantly, rode with ties atop their foreheads.

Which brings me to my latest get-out-of-real-life fantasy pitches: The Wilder Northern Way. You with me? Thought not. Still, credit to those remote marketeers busy imploring their dot comrades to avail of the “stunning scenery” amid chitchat on the North since McGuinness’s death. It remains hidden from the view of logic among the rest of the islanders.  I can hear them in the focus groups.  “Hmmm, I’m not sure. Would it be as good as the Atlantic on the Western side? Would you need a plane to get there?” Best keep your shirts on, fellas. But do help yourself to the non-alcoholic beers behind the ring-binders in the stationery cabinet. Just ignore the sell-by date.

For all the attempts at enticing reluctant tourists upwards, you’ll never hear anyone urging people to live here. The locals are too busy cursing chance, and the passers-through only get to admire the doilies in the good sitting-room. In fact, some of the locals seem to visit reality only rarely these days, too. I’d been waiting on an unsuspecting middle-classer to send us a postcard from around the corner, and Newton Emerson kindly wrote his while wearing uranium-tinted glasses this morning in – where else – The Irish Times.

Newton would tell you it was far from well-stocked stationery cabinets of broadsheets his journalism was raised. This is true. It was from the clandestine confines of his imagination his refreshing satire took its first breaths. An experimental test-tube embryo using wry observations and a moderate Unionism willing to laugh at itself. Over the years it grew to sharp-wit its elbows on to the pages of respectable commentary.

Emerson is also right to lament the elusive ability of commentators to adequately convey the “incongruous banality” of war zones. The monotony of daily life that trundles on against the backdrop of rioting and ruination of lives, of livelihoods, families, and futures. ‘Normal’ life did indeed persist amid explosive satellite images beamed abroad. Affluent neighbourhoods, in particular, came through the Conflict relatively unscathed. They were, coincidentally, a mere stone’s throw from combustible working class streets on fire every which way.

It’s fair game to revisit, as he does, the incubation of resistance among working class men to the discrimination and state violence unleashed upon their neighbourhoods. To disaggregate those who emerged towards the path of violence from those who did not. Malachi O’Doherty and others have been similarly stroking their chins with wagging fingers of late.  But it’s as if an entire group of people can be divided into two distinct tribes (!), homogeneous in motivation, provocation, expectation, drive, privilege, opportunity, personality, susceptibility, suggestibility, loss of agency, and all the other variables that collide on the venn diagram of civil disturbance. All that transcends binary convenience.

It is not for me to speculate on why Malachi O’Doherty or Newton Emerson succeeded in raising a pen overhead in a lecture hall while McGuinness raised a gun over his own. There are too many variables I know nothing about. Varnishing another’s violence with the gloss of respectability of their own peaceful experience provides no richer understanding. It could also be asked why many of their other peers, who didn’t sign up, sidestep similar mystification, even if all share condemnation.  None of these feelings are mutually exclusive. That violence was a career option for a 19 year-old was indicative of a society far from ‘normal’.

The corresponding sanctifying of McGuinness, wearing thin for many, serves our understanding just as little. Greater thinkers than most of us have convincingly rationalised the legitimate use of grassroots violence. But as well as being a non-apologist for same, many of us will always wonder how the efforts of the Civil Rights movement would’ve panned out had grassroots violence failed to detonate. While the surviving mothers of now middle-aged sons sent away to wherever a greater life expectancy awaited, still heave a sigh of relief as intense as their first.

Meanwhile, the dreary monotony of life ticks along largely unaltered; at variance with the prevailing images of disharmony in the mindset of satellite viewers near and far. Normal life continues. But normal being a normative concept, Newton has gone fully native, if not disingenuous, in his interpretation of it.

Public spaces, particularly those dedicated to the performing arts, picket-fenced estates, and higher end retails units, remain the domain of the middle-classes. Their social niceties overtaking tribal insecurities to make for the most robust of cross-community relations. In the absence of overt hostilities, communities, in the main, co-exist along state-drawn lines of poverty, education, housing and leisure. The war is still finding people, still orchestrated by aging generals kitted out in three-piece suits with ties around their heads on Friday evenings down the pub. In another time and place, some of them would have responded with physical violence.

Integrated education remains a fledging enterprise politely coercing young people into an undefined shared entity.  Learning zones where subtle games of tug-o’-wars are played with the history curricula and Remembrance Assemblies.  Retail provision continues parallel to the traditional ‘two communities’ with each served by their own chippers, post offices, supermarkets, pubs, even estate agents.  It is not ‘normal’ life. The stultifying inescapable fug of coexistence pervades the everyday, eluding the most articulate of voices and pens. All the mainstream weapons wielded around struggling to get the banality of a transitional war-zone in their line of fire.  And failing, mostly. Great coastline though. 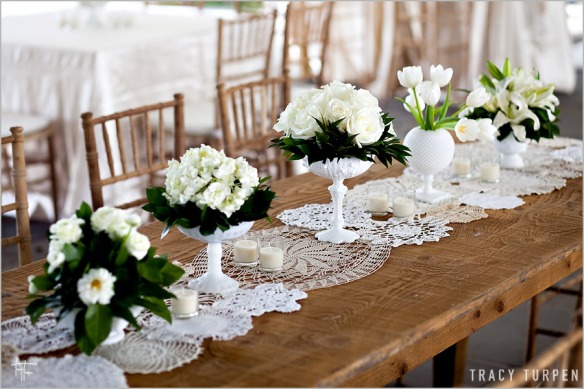 A hotel-eyed view of the North

4 thoughts on “Postcards from the edge”