It used to be that visits were so infrequent, I was convinced they’d changed the carpet in my absence. The longer the gap, the odder it looked. Are you sure?, I’d casually interrogate, looking down at a previously unregistered row of flowers snaking under the glass table. From there it zigzagged towards another buoying up an assortment of exhibits proudly wearing their counties of origin like a status-tag.

Waterford still borders Belleek despite the arrival of Galway and other Rocha-come-latelies. Well, something’s different, I mumbled the other evening, ignoring the dust no longer visible to the octogenarian eye. Who’s that making his own tea in the kitchen? “Your Father”.

By the third day, our one wondered when we were going home. This could only have meant one of two things: 1. She was having an enjoyable time 2. She was having such a good time she was growing ever anxious about the inevitable Sunday-night-like Fear. Or (I’m gathering momentum here so feel it necessary to add a third) most likely 3. She was experiencing a disturbing combination of 1. and 2. We’ve all been there. In receipt of unfettered treats knowing there’s a comedown at the bottom of the next empty wrapper and a return to front-seat issued orders about bed-time. They get you into a confined space where you can’t move for two hours and set all sorts of conditions. You hate it now, I smiled sympathetically, but will learn to master it by the time you’re in a serious relationship.

By the fourth day, I was beginning to feel at home. This could only have meant one of two things 1. I was at home 2. I was at home, but it was my home. Or (work with me) 3. I was experiencing a disturbing inner conflict between rejection and romanticising of 1. and 2. We’ve all been there. In receipt of unwavering hospitality from one, and from the other a raised brow at the level of oil usage. They get you into a confined space where you can’t move for two days and set all sorts of unspoken conditions for keeping it civil. You hate it now, she smiled up at me sympathetically, but just think what all’s ahead of me.

I thought better of sticking my tongue out at her, so robbed a Curly Wurly instead. 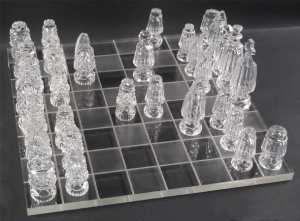 Seeing through each other

Leave a Reply to Department of Speculation Cancel reply