Summer time. And being dragged around various ‘nice’ respectable events like Bloom and Taste of Dublin won’t be easy. The organisers were obviously up all night thinking of those awe-inspiring titles. How can a garden show consider itself a festival? Unless someone relieves themselves up against an exhibit. At least the Ploughing Championships don’t bother with such pretensions and are undoubtedly twice the laugh.

These excursions come courtesy of my folks who were given tickets as ‘prizes’ when they crossed the final frontier of respectability the other week into the audience of The Late Late Show. Admittedly, I enjoyed telling my in-laws that one. But their patio is still bigger. Ah, well.

Apparently Ryan Tubridy really is so thin he only needs the one eye. And the audience have to exit through a gift shop where a branded mug is theirs for the price of a small internal organ on the black market.

We gathered round the box with The Fear my Da would be caught picking his nose on camera. Or my Ma would be caught nudging him right after said offence with him clearly mystified as to why he’s been attacked on live TV. Following a few tense minutes of crowd-scanning, I heard her unmistakable laugh at Jason Byrne’s irreverent bouncy castle Jesus joke. She had made it on to the front row following a generous helping of wine. We all settled down after that. But are paying dearly for it now in concept gardens and ingredients we can’t pronounce.  And I’ll be forced to issue a report to the in-laws, who’ll force themselves to pretend they care.

I’ll leave out the bit where my mother missed The Undertones in the flesh by watching them on the studio monitor, and verified her own laugh at the Jesus joke when it was repeated two days later. They’d never have done something so sacrilegious. Like ignore The Undertones. 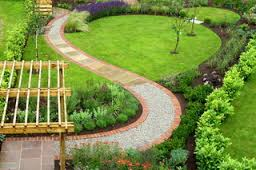 What’s the Latin for “where’s the bar?”