Prince Charles’s visit to Donegal earlier is being hailed as a significant moment in the long process of normalisation in Anglo-Irish relations. Up until today, the only royalty of world renown who managed to visit the north west was Sara Jessica Parker, Mick Hucknall, and Meryl Streep.

After a century of UK embargoes on travel, work, and sanctions on sexual relations between the two nations, the Prince opened a new era in the history of these islands. And he proclaimed it not with a speech or a grand political gesture. He did it by graciously donning the local traditional costume – a Manchester United jersey. 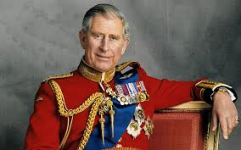 His choice of a red and white ensemble (his staff called it ‘crimson and ivory ’) was as demonstrative a gesture as the late Pope kissing the tarmac.

It was underlined by another colossal gesture soon afterwards as the future King (by now in taupe) took to the podium and greeted the crowds in their own language. “Hello”, he announced smiling, drawing audible gasps of admiration at his flawless pronunciation. Mickey Joe Boyle, President of Donegal Tidy Towns Association, who was standing beside the Prince, turned to the crowd open-mouthed, exclaiming “wow”.

While distant jeers could be heard from a small group of protesters in Arsenal jerseys, by far the most significant sound was that of a twin-cam engine giving her dixie in the distance.

Everyone appeared to be full of praise for the address, which was delivered in front of dignitaries from both sides of the Donegal border, including the King of Tory, Patsy Dan, Members of the Donegal Association of Bridge Players, religious leaders including Dana and Bibi Baskin, the Nobel laureate Daniel O’Donnell, and various members of the extended Blaney family. They gave Prince Charles and Camilla rapturous applause and a standing ovation. 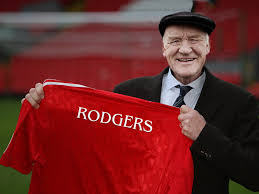 The King of Tory lines up for 5-a-side

Some Sinn Féin politicians claimed “Tá brón orainn” – and found themselves roundly attacked for failing to speak in a language local people could understand.

The Royal visit continues tomorrow with the party expected to sample the local delicacies of Lough Derg.