Another summer, another attempt at a relaxing holiday. Here’s how it started out this time round: me squawking at a hotel manager intent on exporting us to their ‘sister’ venue on the outskirts of town.  The sister being the socially inept, bad-tempered, tuneless boring sibling of the fun-loving Mary Poppins. The call flashed on the screen as we pulled into the carpark with an alarming ease that should’ve really set my nerves on edge there and then. No-one gets a spot by the door in this life without paying for it. Certain the call was part of the soon-to-be-impressed-by sucking-up procedure to confirm our ETA and notify of us of the fresh cake awaiting us, I casually slipped the phone back unanswered in my bag; then gave it a nanosecond before anxiously fishing it out to listen to the voicemail as we waddled through the main doors.

A vision of indifference grimaced before us. I could hear my breathing rising an octave as details of a leaked pipe dripped forth from the lips of a receptionist a little too vacant looking round the gills. This conflicted with the checking-in tête-à-tête anxiety attack I’d been fearing but hoping to get through as quickly as possible. No-one encounters such arrival-by-numbers-chat without paying dearly for it in aches from rictus smiles and the distinct dirty feeling that one’s voice had a touch of helium throughout.

“The traffic wasn’t too bad, thanks”

“Coffee, black, no sugar.  This is great altogether”

*wincing on sounding like my Mother with that last response* 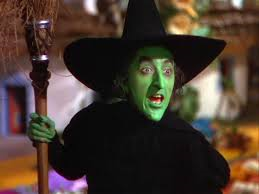 Mercifully my sister anxiety took over. The one that’s borderline uppity assertive while being overbearingly unreasonable by frequently pointing out that “in fact” she’s being more than reasonable; fangs bared throughout.

*taking it back down two octaves*

“Thank you, Ms. Stepford. Yes, we will see the manager now”.

We repaired to the sofa of customer service. Weddings (and subsequent divorces) were undoubtedly planned from the very same sunken spot. Many a chin stroked over the merits of having the tea and sandwiches before or during the disco part of the reception, so I took inspiration from those who had hunched over before me and gathered myself for some heavy negotiations.

The following afternoon I overheard a young bloke on the same sofa enthusiastically regale a suit with the one about his Da sending him off to sell a car that had no tax or insurance. He was just about to close the deal when our one’s Da re-appeared with the sun-cream, scuppering my chances of hearing how he clinched it in the end. If his sofa experience was anything like ours, he’ll have bagged the job. The yarn was a response to a request for an example of when he used his own initiative, which till then out-performed mine.  I tried to sell a dilemma without any tact or assurance (that I didn’t pose a risk of going postal).

Surfacing from the silence he had reclined into under a baseball cap, my fella eventually leaned forward to “suggest, that in the circumstances, we take a double room for tonight, and see how tomorrow goes”.  And with that, and a handful of requisite head-scratches, we were given our keys. God, he’s so reasonable.. How I am meant to relax?

The whole good was taken out of the cake. So I ordered a pint.

5 thoughts on “Sofa so good”