“Ignorance of the law is no defence”

“For the love of God. Someone have mercy and take me away from this upstanding citizen morally riding my degenerate arse.”

“Ah yeah. Of course you are. Mister petty pinstripe lording it over the lowly Primarks”

“What the hell are you talking about?”

[I actually haven’t a notion]

That’s right, roll the driver’s window down just as Poncherello opens the passenger door there to register evidence of my nasty Werther’s Original habit. Helpful. Even better, he sits on the evidence. I think there might’ve been one left in that bag.

“Do you wish to say anything?”

That sounded weirdly jaunty. Even by jaunty standards.

“Silence in the court room. All rise”

This is like mass. I’d swear he just bowed before the altar. Why are all the female legal eagles wearing black? It’s hardly their funeral. If those three were a few years younger with shorter skirts and a low-strapped guitar each, they could pass for a tribute act to Robert Palmer’s Addicted to Love video. How do they all say “Your Worship” with a straight face? He can’t be a solicitor; he’s like… 12.

*cuts to mirage of advice dispensed in kitchen that morning* “Speak to prosecuting solicitor. Fine paid next day. Explain EU licence [slightly zone out at this stage but manage to conceal it well] Nordie licence applied for.”

“So you’ve no legal representation?”

“OK, well, we’ll get it sorted. You step forward before the judge when you hear your name called. Don’t worry, it’ll be fine.”

I’m not so confident.

I knew it. She thinks it’s all a bit ridiculous, too.

I take my place among my fellow crims and we immediately form an alliance against the press gathered adjacent. My Mother-in-Law hadn’t entered my head until now. All I can think about is her leafing through the paper to discover I have brought further shame on the family. She knew this day would come once I’d refused another helping of her Malteser Cheesecake and we’d settled on a registry office wedding.

“You can’t just drive right in. This is a police station!”

How remiss of me to mistake that vast concrete area with white boxes for a carpark. “Staff only, I’m afraid”. Right enough. Paramilitary threats don’t usually show up in a ten-year old clapped out family car littered with Werther’s Original wrappers driven by a Wurzel Gummage look-alike, but it’s a bit soon to be letting any middle-aged civilian in.

“The thing is, I’ve an Irish driver’s licence”. Side-ways head seeking maximum sympathy and understanding included. This trusty tactic belly-flops in front of both of our faces.

Proper licence needed for this jurisdiction. Summons likely. Best change it over.

Four rings in with no answer. Sufficient time for a smirk to hatch around the lip edge. By seven, I’ve gone to the giggle side.

“I’m up in court in the morning”

It’s true what they say. You find out who your real friends are when you get into trouble. 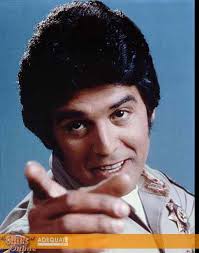 “Now, what did I tell you about sucking too many Werther’s Originals?”

5 thoughts on “Scenes from a court summons”