Tendernessontheblock is both shocked and honoured to have received a nomination for an Inspiring Blogger Award. Shocked that she would inspire anyone to do anything, honoured if that anything is nothing other than reaching the end of her blog posts without losing the will to stay awake.

The impressive attention span responsible for this unsolicited act of kindness belongs to her fellow be-feathered blogger, richly endowed with a talent for reconciling the commendable efforts of everyday living with a turn of phrase and feeling that is all her own – Little Steps to Somewhere. Never one to miss out on an opportunity to exploit a situation for a top five, tendernessontheblock would like to thank her, using the top five expression of thanks in her native language: 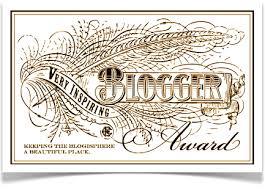 The rules of the aforementioned award are as follows:

To that end, tendernessontheblock wishes to highlight the following seven facts about herself:

And now to the nominations:

There will be no further comments on the matter. All other questions should be directed to her agent.

Leave a Reply to Department of Speculation Cancel reply